COST-BENEFIT ANALYSIS - WHAT IT IS AND WHY WE NEED IT, AND MORE

How Large Are Global Energy Subsidies?

http://www.imf.org/external/pubs/cat/longres.aspx?sk=42940.0
Summary:
This paper provides a comprehensive, updated picture of energy subsidies at the global and regional levels. It focuses on the broad notion of post-tax energy subsidies, which arise when consumer prices are below supply costs plus a tax to reflect environmental damage and an additional tax applied to all consumption goods to raise government revenues. Post-tax energy subsidies are dramatically higher than previously estimated, and are projected to remain high. These subsidies primarily reflect under-pricing from a domestic (rather than global) perspective, so even unilateral price reform is in countries’ own interests. The potential fiscal, environmental and welfare impacts of energy subsidy reform are substantial.
...
The key findings of the study are the following: 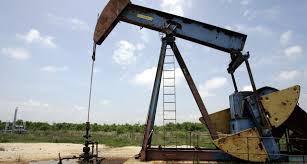 These findings must be viewed with caution. Most important, there are many uncertainties and controversies involved in measuring environmental damages in different countries—our estimates are based on plausible—but debatable—assumptions.7 The estimates of the environmental, fiscal, and welfare impacts from eliminating energy subsidies are based on a partial equilibrium analysis: demand responses are based on long-run estimates of own-price demand elasticities for energy products thus abstracting from transitional dynamics and cross-price effects among fuels, and there is an implicit assumption that supply prices do not adjust in response to demand changes. Linkages with the broader fiscal and macroeconomic system are also ignored. For example, using the fiscal dividend from energy subsidy reform to lower distortionary taxes or increase productive public spending could generate further substantial improvements in welfare and economic growth. However, while there is ample scope for refining the estimates of energy subsidies and reform impacts or for undertaking further sensitivity analysis, the key findings of the paper are clear: energy subsidies are very large; their removal would generate very substantial environmental, revenue, and welfare gains; and their reform should begin immediately, albeit gradually, given the uncertainty over the precise level of energy taxes required.